Pharos Energy plc, an independent oil and gas exploration and production company, is pleased to announce the commencement of the TGT Field Infill Development Drilling Programme.

“After a period of enforced inactivity across all the company’s operations because of the downturn and pandemic, the commencement of the TGT infill development drilling programme represents a welcome and timely return to optimising production and value. In addition to the firm four wells planned for this year, two further wells are expected to be drilled next year once approved during the annual autumn budget process. The Full Field Development Plan also contains a further 9 contingent wells to be drilled in the years to come.”

The company announces the spud of the TGT-H4-34P development well from the H4 well head platform at the southern end of the TGT field, located in 47m of water depth in the Cuu Long Basin offshore Vietnam. The well is being drilled using the jack-up drilling rig PVDII. The initial four-well programme will run to the end of this year with an additional two wells pending budgetary approval later this year.

The TGT-H4-34P well is the first infill well in a planned four-well programme across the TGT field. Once each well is completed, it will be tied into the existing TGT processing facilities, contributing to the group’s production.

The capital spend for the initial four-well programme is c.$13.2m net to Pharos.

The TGT field was discovered by Pharos and developed by the Hoang Long Joint Operating Company (with our partners PTTEP and PVEP), via three unmanned platforms and an FPSO.

Production commenced at 30,000 bopd in August 2011 and peak production of 55,000 bopd was reached in 2012/2013. The field, although in natural decline, is currently producing around 14,000 bopd and the full infill programme is designed to increase production to around 20,000 bopd.

The high-quality crude is sold domestically and commands a premium to Brent (currently $1.71/bbl). Historically, the oil price premium has been priced well above this figure, the maximum being $5.85/bbl. 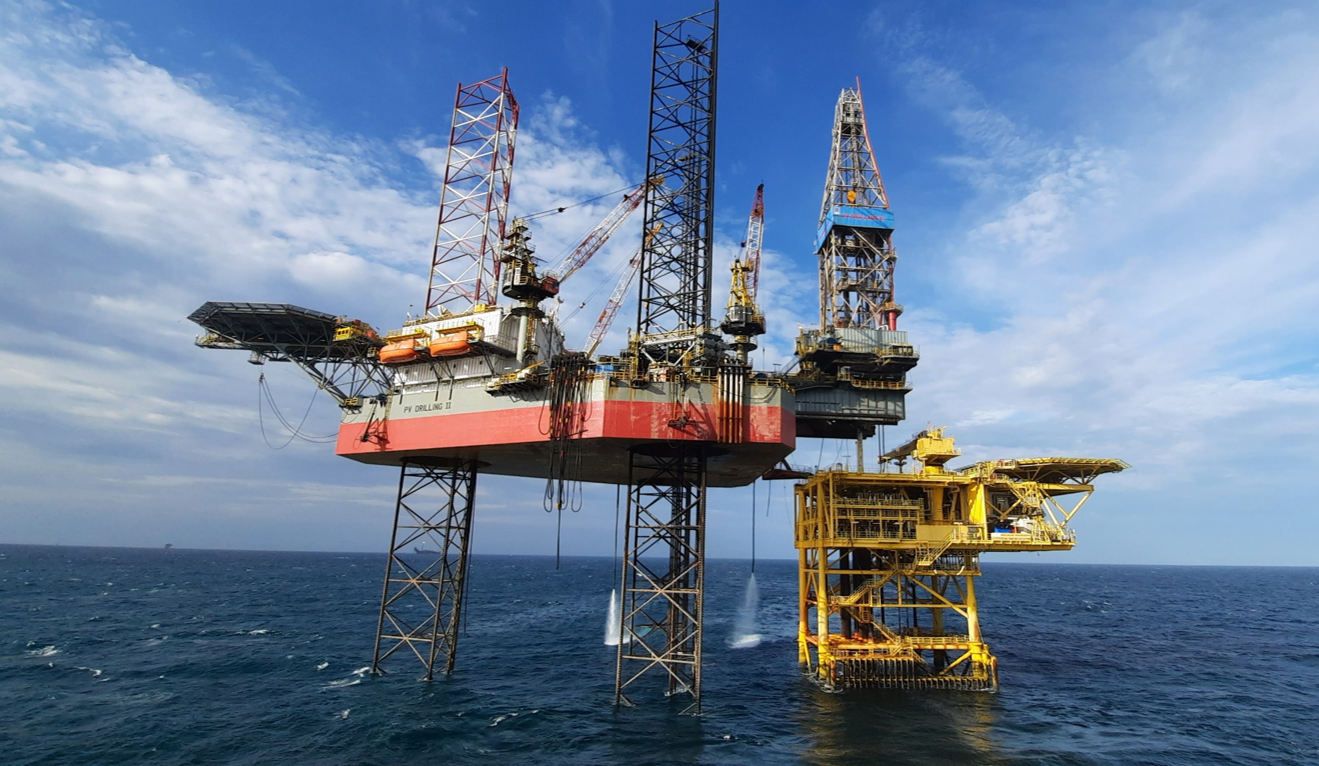 Pharos Energy plc is an independent oil and gas exploration and production company with a focus on sustainable growth and returns to stakeholders, which is listed on the London Stock Exchange. Pharos has production, development and/or exploration interests in Egypt, Vietnam and Israel. In Egypt, Pharos holds a 100% working interest in the El Fayum oil Concession in the Western Desert. The Concession produces from 10 fields and is located 80 km southwest of Cairo. It is operated by Petrosilah, a 50/50 JV between Pharos and the Egyptian General Petroleum Corporation (EGPC).  Pharos is also an operator with a 100% working interest in the North Beni Suef (NBS) Concession, which is located immediately south of the El Fayum Concession. In Vietnam, Pharos has a 30.5% working interest in Block 16-1 which contains 97% of the Te Giac Trang (TGT) field and is operated by the Hoang Long Joint Operating Company. Pharos’ unitised interest in the TGT field is 29.7%. Pharos also has a 25% working interest in the Ca Ngu Vang (CVN) field located in Block 9-2, which is operated by the Hoan Vu Joint Operating Company. Blocks 16-1 and 9-2 are located in the shallow water Cuu Long Basin, offshore southern Vietnam. Pharos also holds a 70% interest in and is designated operator of Blocks 125 & 126, located in the moderate to deep water Phu Khanh Basin, north east of the Cuu Long Basin, offshore central Vietnam.In Israel, Pharos together with Cairn Energy plc and Israel's Ratio Oil Exploration, have eight licences offshore Israel. Each party has an equal working interest and Cairn is the operator.